The Palos Verdes Peninsula feels like a different world from Los Angeles, though it is part of LA County.  Sitting above the ocean with rolling hills (Rolling Hills is actually the name of one of the 4 main areas of the peninsula), the entire peninsula is coveted for its spectacular views, much slower pace than LA proper and in many cases, the ability to have a true big back yard! There can be some confusion as to which neighborhoods are which on the Palos Verdes Peninsula.  For a quick reference, there are 4 main areas of the peninsula:

The peninsula is an incredible oasis away from the ‘urban-ness’ of LA.  It can take time getting down the hill to the rest of LA County…but those who live up on the hills prefer it that way! 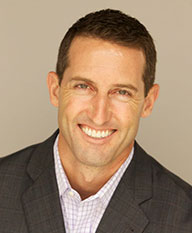 Welcome to the site! I'd like to personally thank you for visiting. I'm excited for you to look around and contact me with any questions. You can never ask too many. Here's to a great partnership!
Meet Colin